R&D centres of the European Bioinformatics Institute are among the major centres for world science. The newest facility of the Institute, located in Hinxton (Cambridgeshire, United Kingdom) is one of very non-typical investments where our panes were used.

The new facility is one of the three main centres of the Institute in the county of Cambridgeshire. The design was developed by the English architectonic company Abell Nepp. In the construction of the unique facility that refers to futuristic and scientific motifs, totally 1600 m² of glass manufactured at our plants was used. The high quality façade glass delivered for the investment has supported the conversion of the architects’ unique version into reality.

The European Bioinformatics Institute (EBI) is a part of the European Molecular Biology Laboratory (EMBL). The building where panes produced by PRESS GLASS were used is the core centre of the ELIXIR project that is aimed at developing modern bioinformatics infrastructure.

The newest EBI facility was officially opened in October 2013.

More photos of the EBI building in Hinxton can be found in the social service Pinterest. 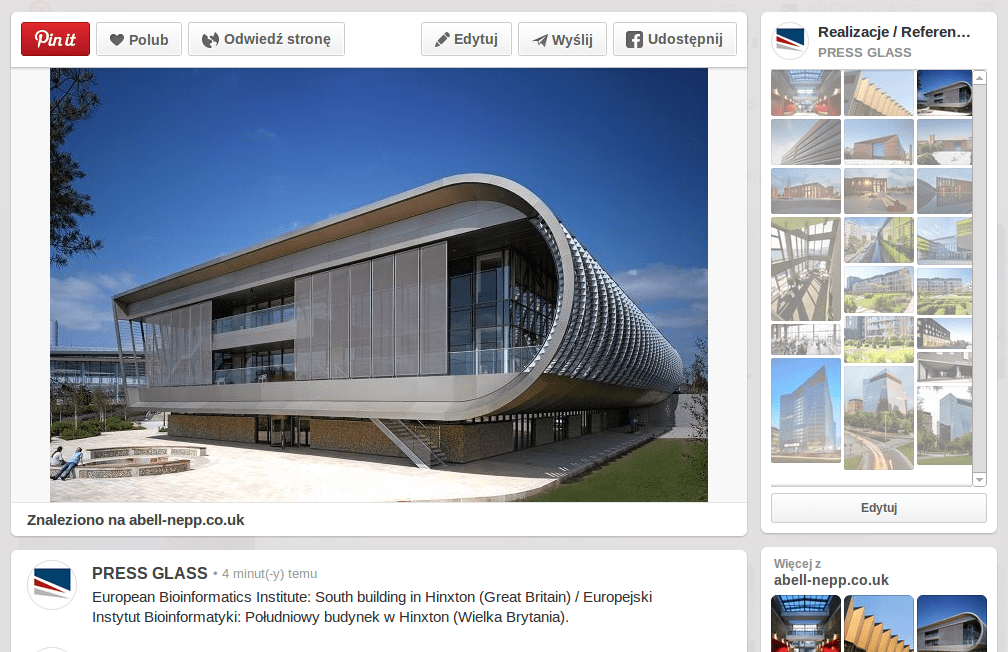 The next run is in November