A new BMW and Mini car salon opened in Leeds (West Yorkshire, United Kingdom), is among the largest investments in the car dealing sector. Panes from our facilities were used in the construction started in 2014.

The Stratstone dealership salon offering BMW and Mini has vast exhibition space and many other premises, including offices, workshops and spare part storage.

The design of the building was made by Unwin Jones Partnership, UK. The building is characterised with its modern and minimalistic style. The designers also wanted to achieve transparency which was made possible with the application of high quality glazed units. Overall we delivered 1000 m² of panes for the investment.

The BMW and Mini car salon in Leeds was officially opened in October 2015.

More photos of the building can be found in our profile in the Pinterest social service. 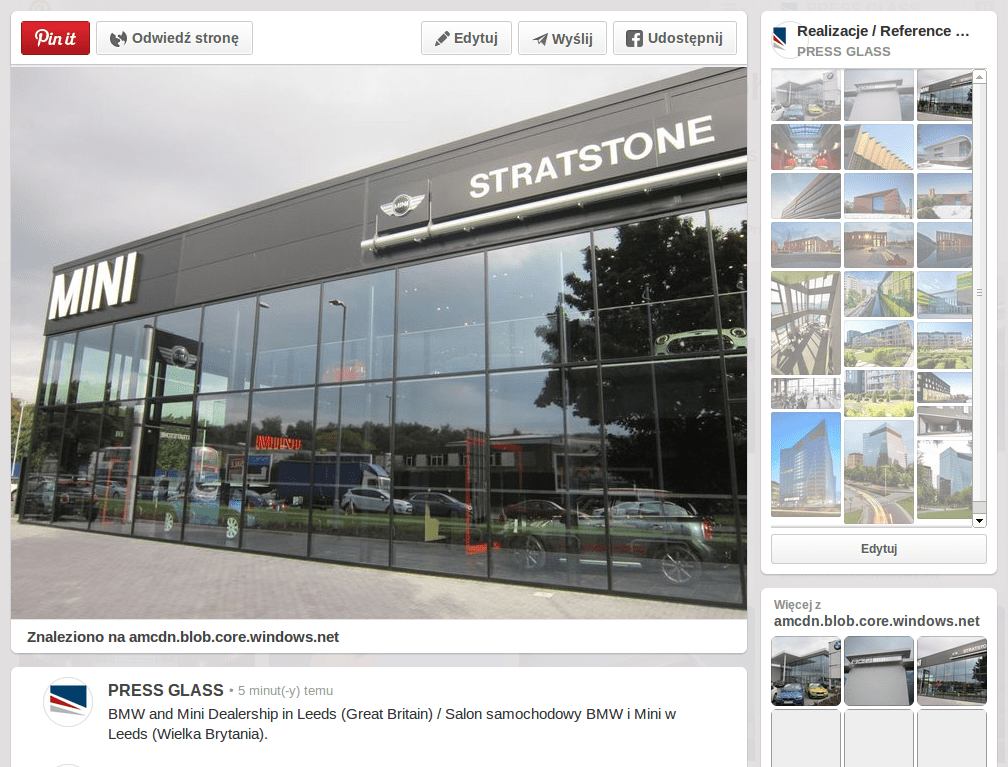 Panes for the European Bioinformatics Institute