Scandic Continental Hotel is a building which appeared on the map of Stockholm (Sweden) as early as at the end of the 19th century. Nowadays, the multi-functional building situated in the very heart of the city, holds a hotel, an underground station, an apartment block and a conference centre. Continuous extension of the city as well as historic perturbations did not let the building survive in its original condition until modern times. We can now admire the third version of the building. The investment used a total of about 3.6 thousand m² of high quality façade glass manufactured by our company.  KG CONSTRUCTIONS was the main contractor doing external glazing.

The contemporary Scandic Continental is composed of 4 solids of different heights, with sloped façades and numerous glazing units. The lowest part overlooking Vasagatan street has 8 floors and is 34 metres high. The highest part is situated in the opposite corner, consists of 17 floors and is 67 metres high. On the roof of one building there is terrace from where one can admire the view of the city.

One should pay attention to the design of the building developed by 3XN architects.  The atrium is featured with beautiful illumination. When looking at the building from the outside, worth noting is the shape of relief façade  – depending on the viewing angle it changes the texture of the building façade. An individual system of aluminium and glass façade elements was tailor-made for the project. The construction is filled with three-layered structural glass and Jurassic limestone. The engineering requirements concerning thermal and sound insulation of the façade were very stringent. We produced triple glazed units with toughened and laminated glass of high selectivity, type 70/41.

The Scandic Continental presents an experimental approach – it integrates functions of several facilities on an area of 28,000 m2, which affects the interior arrangement and design. The hotel lobby holds an entry to the underground station and passage to the railway station. As a hotel, the Scandic Continental features 392 rooms and restaurants. The building is also a business facility offering several dozen conference rooms.

The building in its current form was made available for use on 1 April 2016.

VIDEO PRESENTING HOW THE SCANDIC CONTINENTAL WAS BUILT:

The history of Scandic Continental dates back to 1878. Initially the hotel was called W6 and it was given its current name in 1899. According to literature data, in 1905 the hotel had 220 rooms and was the largest hotel facility in the whole Scandinavian region. In the late 1950s a controversial regulation entered into force, which regulated a new development plan of the central district of Stockholm, and the first underground line was plotted. The new transport route collided with locations of a number of historic buildings, including the Continental Hotel. Due to the fact that the hotel building was a property of the city, making a decision to demolish it was nothing but a formality.

The Continental Hotel came back to its original location in 1963 as one of the most modern buildings of its time. It consisted of eight floors, reaching the height of 43 metres, and was built above the underground line, where the old hotel was located. It was very popular among top stars, including The Beatles. The hotel offered 268 high standard rooms, conference rooms and restaurants with the total area of 12 000 m2. It operated in such a form for almost 50 years but the plan to build a new Citybanan railway station contributed to its dismantling. The railway station design assumed complete demolition of the existing structures and constructing a new building of an ambitious architectural design, combining functionalities of a hotel and railway station. 3XN architects from Denmark are responsible for the new and ambitious design of the building.

The example of the Hotel Continental shows how the trends in glazing designs have changed over two hundred years. Subsequent versions of the building reveal abandoning the concept of standard windows in favour of large-area façade glazing. 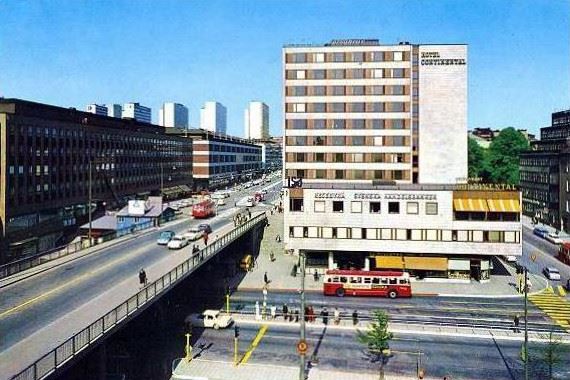 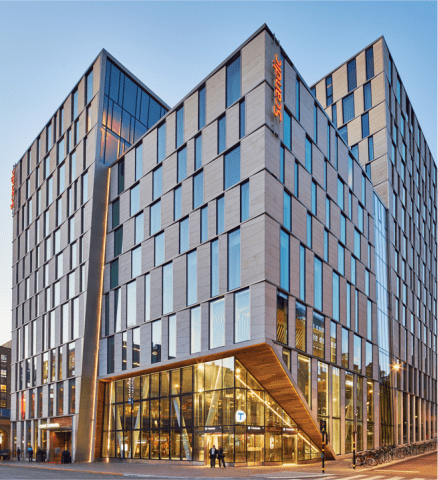