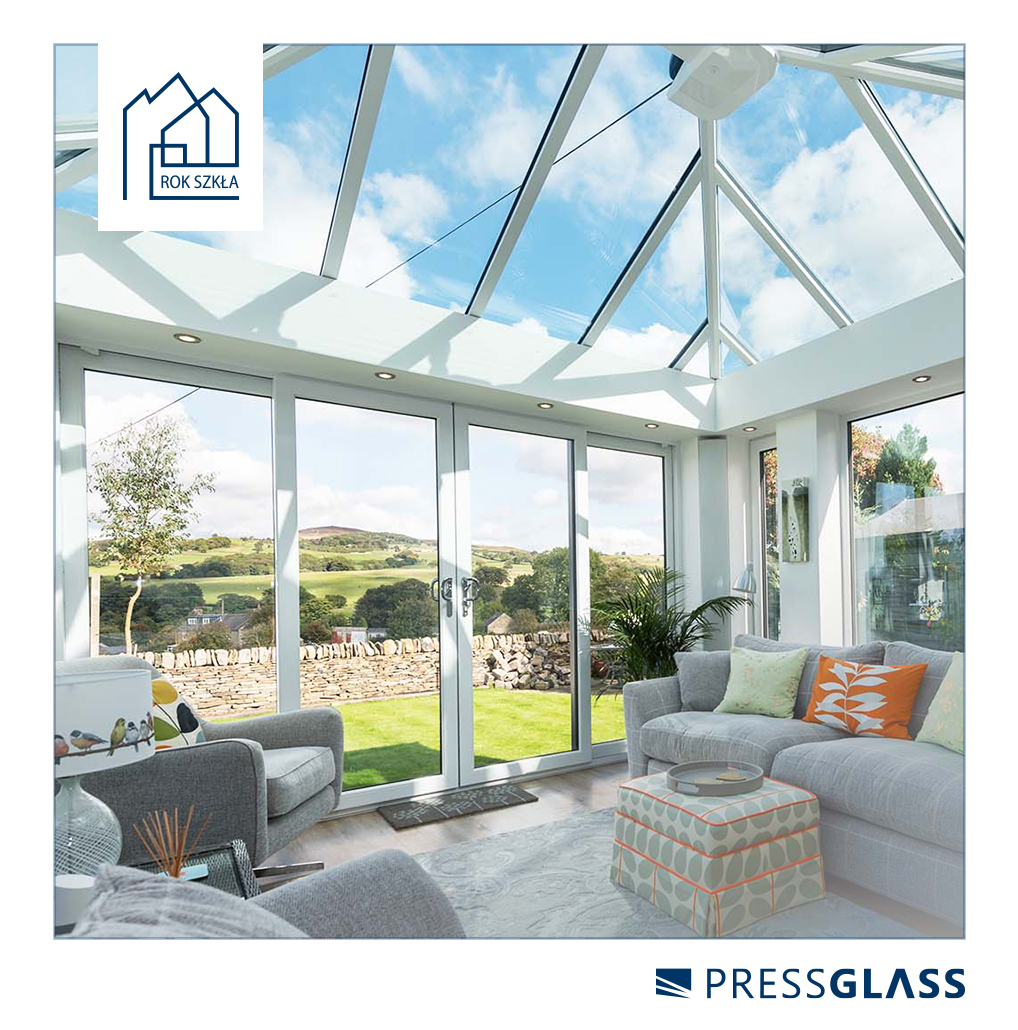 One can easily ignore and not appreciate hardly visible things. This is the case with glass. No wonder: in everyday life, who pays attention to a uniform sheet of transparent mass? The view and natural light are what matter. We appreciate windows, and glass in particular, only when they are missing or defective. In order to raise awareness of the role of glass in our lives, the United Nations decided to make 2022 the International Year of Glass. But there is more to it – glass is already the guardian of our comfort, but the increasing environmental requirements place it among the most important materials of a better future.

Interestingly enough, this natural material has been used since ancient times. Naturally, it occurs as lumps of tektite, a mineral of unknown origin, which occurred on the Earth long before homo sapiens. Still, the history of glass is primarily a story about ingenious humans. Although the evidence of this material production dates back to ancient Mesopotamia 3,500 years ago, the first products made of mass we could call glass originated from 9,000 years ago. Since ancient Mesopotamia, a number of technologies have been developed, improving product aesthetics and our comfort and determining social status. The range covers jewellery and small vessels made of blown glass in Ancient Egypt glassworks and the currently known six or over nine metres long flat glass Jumbo sheets used for construction.

Glass has come a long way since ancient engineers implemented their inventions. Glass used in Ancient Rome was initially imported from Syria, where furnaces reaching temperatures over 1,000 degrees Celsius had been invented. The first examples of square, opaque and wrinkled glass panes made of blown glass and joint with lead originate from the rich Alexandria, a part of the Roman Empire. After the fall of Rome, for a thousand years, processes were slowly improved in such centres as Constantinople and then Venice, where glass pieces of art have been made on the island of Murano ever since. In the Middle Ages, glassworkers offered crown glass to their wealthiest clients – they were round, typically honey-coloured glass pieces used for stained glass windows in churches until nowadays. Crown glass was available in different shapes, including but not limited to rhombus and square. The sizes of glass panes cut out from blown circles or cylinders cut into stripes also became bigger. A breakthrough technology was developed in 14th-century by Norman glassworkers enabling making much larger, up to 50 cm long, and relatively flat blown glass panes, which affected the material’s price and increased its popularity.

Price reduction resulting from an unprecedented order for nearly 300,000 glass panes used for constructing The Crystal Palace – the World Exhibition pavilion in London, in 1851, marked another milestone in the history of glass. This way, English glassworks became the leading global supplier of commercial glass. Owing to the design created by Joseph Paxton, the pavilion’s originator, glass is perceived as a futuristic material that can be used for building „glass houses“ of the future. Our glass panes and hence windows became larger owing to the Americans who improved English technologies by increasing automated production since the mid-nineteenth-century.

Since the 1850s, a series of inventions revolutionised flat glass production. Henry Bessemer invented a technology to make nearly flat glass. In 1856, the Siemens brothers created a gas-heated open-hearth furnace, which reached a higher melting point and consequently higher transparency of the material. Finally, in 1913, a Belgian process engineer, Emile Fourcault, invented a method to produce drawn glass.

Another breakthrough took place in Great Britain again. In 1952 Alastair Pilkington invented the so-called FLOAT glass. Pilkington’s method involved pouring glass mix from the furnace into tin-coated shallow vats. Large, flat and more transparent glass sheets were closer to the ideal of glass as an invisible medium. Even bubbles and bulges typical of drawn glass disappeared, although some users claimed that such defects added to the romantic charm of the olden-day glass, just like vinyl record crackle sounds versus CD. Apparently, Queen Elisabeth II did not perceive the bubbles in the glass as valuable because she granted the title of „Lord“ to Mr Pilkington in 1970. Pilkington’s method has been improved and nowadays enables making 25 millimetres thick glass panes compared to only 4 millimetres thick glass panes that Sir Alastair was able to produce in the 1950s.

FLOAT glass turned out to be the best material to meet contradicting requirements in construction. It applies particularly to windows as they typically must guarantee maximum transparency, protect from excess sunlight and heating, reduce temperature changes due to cooling and heating in the room protected by the window, and keep the room safe. FLOAT glass is a perfect medium for engineers and architects because of its universal nature. It can be covered with protective coatings, bulk-coloured, cut to any shape, and used to make integrated glass units.

Integrated glass units are the new weapon to minimise our contribution to climate change. Owing to the properties of the state-of-the-art coatings sprayed onto the glass surface and the use of noble gases in the spaces between the panes, integrated glass units offer increased thermal insulation parameters and hence become types of shields improving passive performance of buildings. This way, the buildings with large glazed surfaces heat up less and lose less heat, and consequently, they need less energy to compensate for temperature fluctuations.

The size of glazed surfaces in our houses has become the determinant of our financial status, additionally offering the possibility of blending rooms with the outer world, owing to which our terraces and gardens have become „green rooms“. The author of this text also wrote it sitting at a desk overlooking the long perspective of the garden, which provides endless inspiration owing to … glass panes!

We take it for granted that glass should be as transparent as possible to ensure the best penetration of natural light. It is also supposed to provide good insulation because – as Scandinavians say – we don’t feel like spending a fortune on „heating for the crows“ and do not want noise from the street to disturb our everyday life. Moreover, glass shall be safe and protect our houses from burglars and us from pieces of broken glass; single-glazed windows were still the standard solution a dozen or so years ago. The history of glass is a history of civilisation changes and evolution of our understanding or even perception of comfort. What would our lives be like nowadays without glass?

By all means less comfortable and less beautiful. One must not underestimate the fact that glass is an inspiring material for engineers and architects. It enables curve bending and 3D shaping. It can fit within a frame or become self-supporting material once provided with construction properties. It can be bulk-coloured, laminated, sand-blasted or even changed from opaque to transparent owing to electrochromic technology. Moreover, glass can be used as the medium in the constantly developed solar panel technology. The Industrial Revolution made glass the symbol of enlightenment and a better future. 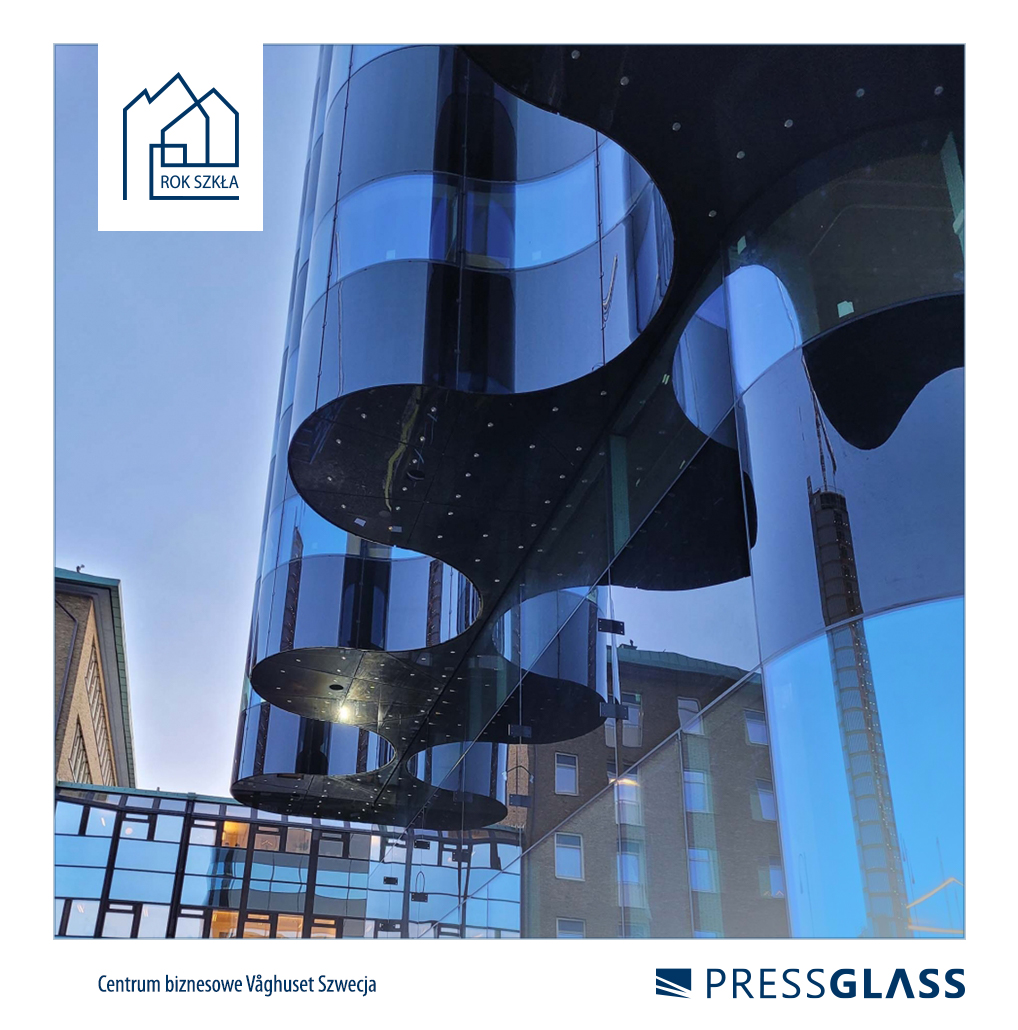 We cannot imagine modern architecture and contemporary pop culture without glass – a Californian pool-house and the luxury of panoramic views onto ocean lagoons or limousines on the driveways. Glass has become a tool for creating different types of spaces and such notions as „corner office“ which means a CEO’s prestigious office in a high-rise office block. Glass is also the primary tool for creating spaces with controlled microclimate such as orangeries, greenhouses or winter gardens which offer the possibility to create controlled microclimate but also indicate the owners‘ wealth.

Since glass used to be a symbol of the future for our ancestors in the nineteenth and twentieth centuries, can it play the same role today? Definitely so, because this material is supposed to ensure good quality of everyday life in the immediate and distant future. Glass is used in nearly any public utility building, including but not limited to hospitals, creches and senior care centres. Moreover, the popularity and diversity of its application make glass the first-choice material used for renovating buildings and adapting them to the increasingly strict standards introduced by the EU under the European Green Deal and Fit for 55 as well as the global BREAM, LEED and WEEL standards.

The climate crisis urges a change in the approach to global production, transport, building and energy consumption. It applies to everybody, including glass manufacturers. Fortunately, glass is among the few materials that can be 100% recycled and whose production cycle can be optimised to reduce carbon dioxide emissions. Interestingly enough, the carbon footprint from the production of double-glazed units is compensated within 6 to 22 months, owing to energy savings resulting from their use. Furthermore, dozens of R&D departments supported by academic centres and laboratories are involved in innovations in the glass processing and production sector, which employs nearly 16,000 people only in Europe. The use of double- and triple-glazed units has become a part of the global process of revitalisation and thermal modernisation of existing buildings. Improved parameters of glass panes and windows in the renovated office blocks and residential buildings offer better working and living conditions.

The world around us gains pace and requires more effort to face the unknown. The International Year of Glass is meant to show the importance of glass nowadays but also to indicate that it will become one of the critical instruments to meet future challenges. Not only scientists, engineers and architects but also we will use it. That is why we can hope everybody remembers how much depends on a standard glass pane and how unusual purposes it can serve! 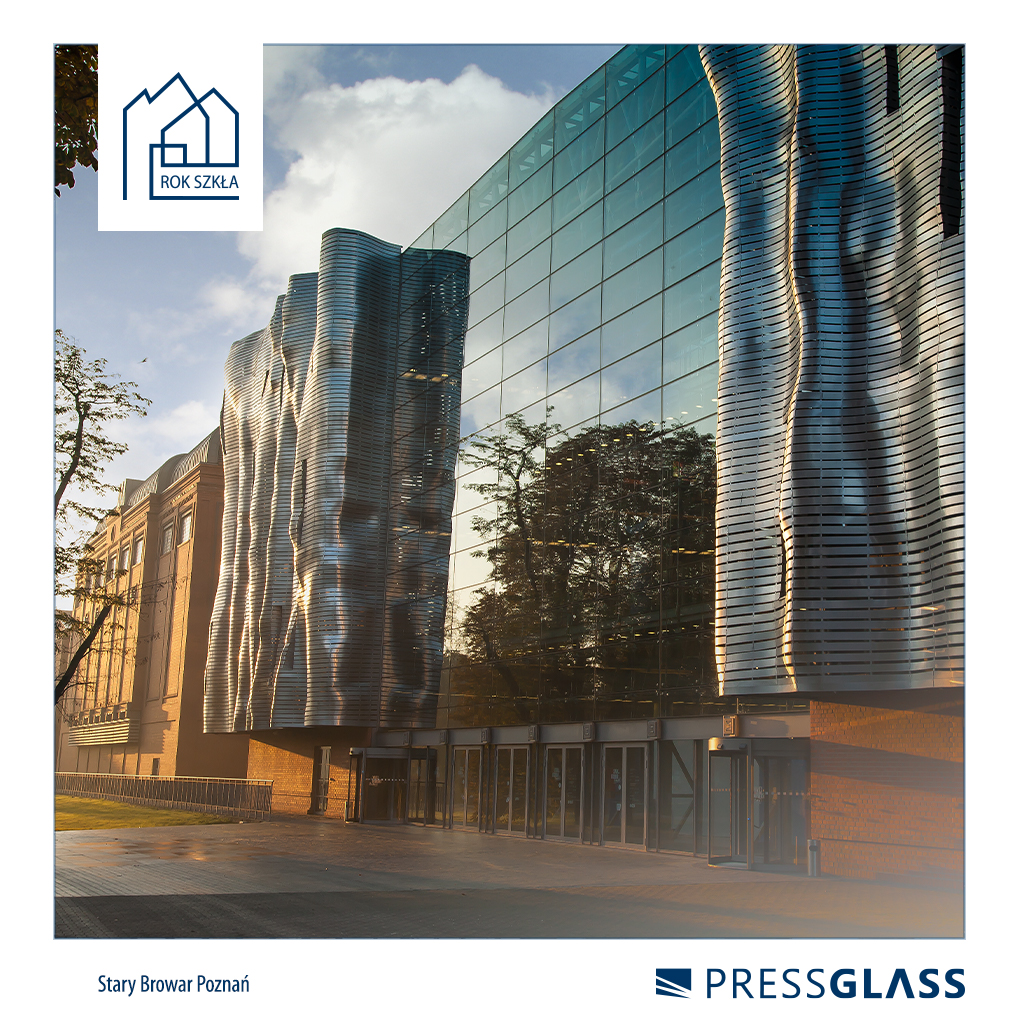 Start of production at the Press Glass UAB plant in Kaunas