Blog - A la une
Vous êtes ici : Accueil1 / Sport and Support2 / Strong beginning of the 5th season of the “Run and support”...

On April 6 this year, the team of PRESS GLASS in the record-breaking Polish-Croatian-Swedish composition of 110 people stood on the starting line of the 11th Częstochowa Race. In this way, it honoured the 5th anniversary of the inauguration of its sports and charity campaign “Run and support”. Funds raised in the amount of over PLN 12,000 will go to accounts of facilities located in the vicinity of PRESS GLASS plants.

Nearly 1,300 people participated in the 11th Częstochowa Race, including 74 employees from Poland, 35 employees from Croatia and one from Sweden. The high turnout of the PRESS GLASS “Run and support” group was noted by the organisers of the event. The PRESS GLASS team received a diploma for the largest organised sports group. 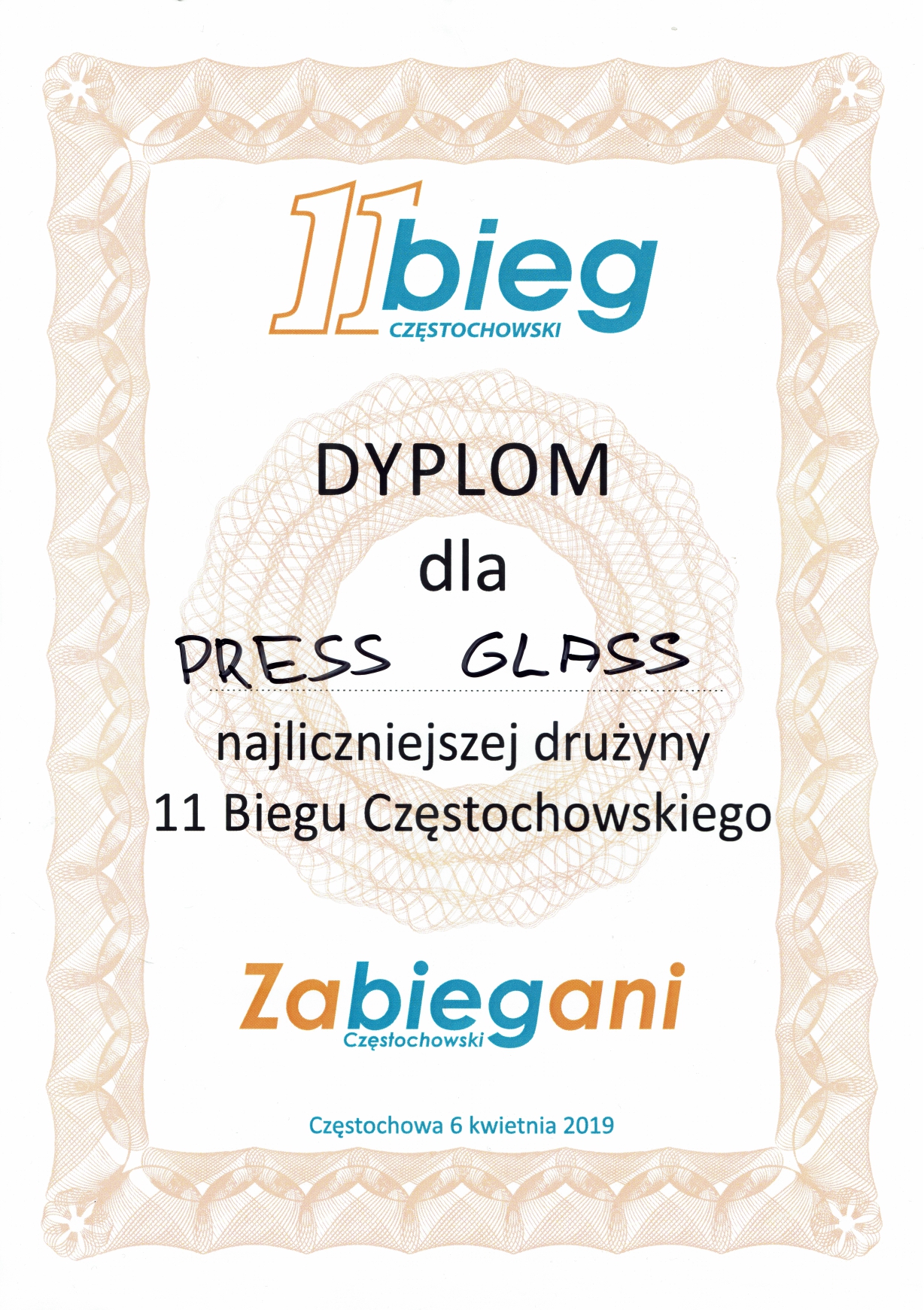 The high turnout of employees of PRESS GLASS was caused, among other things, by an internal information campaign initiated and coordinated by Anna Poznańska, one of the active participants in the “Run and support” campaign.

“A few months before the 11th Częstochowa Race, we started an internal campaign promoting participation in this event in the PRESS GLASS plants in Poland and Croatia. We underlined our goals with the motto “100 people at the start” and “Gate of Power”. Above all, we wanted to celebrate our little jubilee by gathering a record number of PRESS GLASS employees on the starting line. All employees who could not stand on the starting line were encouraged to participate in the event together with their families in the role of fans within the FAN CLUB. Together with the organiser, we set up a special company FAN ZONE with THE POWER GATE near the race route, as part of which our employees and company supporters encouraged all participants of the run to fight. I am glad that our campaign was met with enthusiasm, we have encouraged new people to participate in the campaign, and we will donate a record amount for charitable purposes,” says Anna Poznańska.

Funds raised in the amount of over PLN 12,000 will be allocated to the beneficiaries of several facilities, including:

– “Ogród Nadziei” Association operating at the Hospice in Tczew, 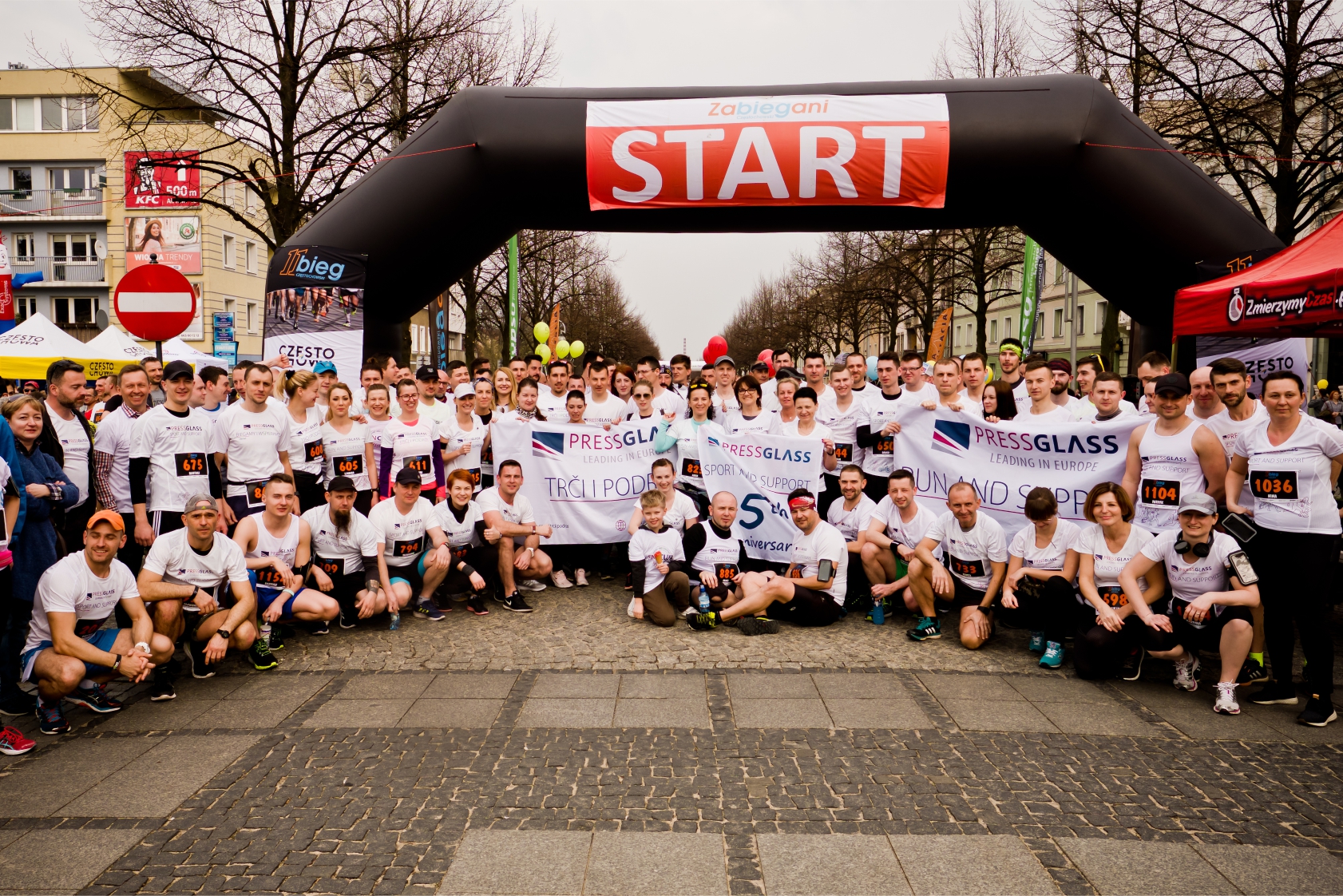 It is also worth mentioning that Patryk Sowiński, representing the colours of the “Run and support” campaign, took the third place in the OPEN classification of the competition and the first place among competitors from Poland.

After the run, during the ceremonial meeting, the organisers of the campaign officially summarised all sports events that took place as part of the “Run and support” campaign in the years 2015-2018.

During the gala, awards for the most involved participants of the campaign in individual runs in 2018 were given in two categories: the number of kilometres run and the number of starts.

The meeting ended with a commemorative photo. 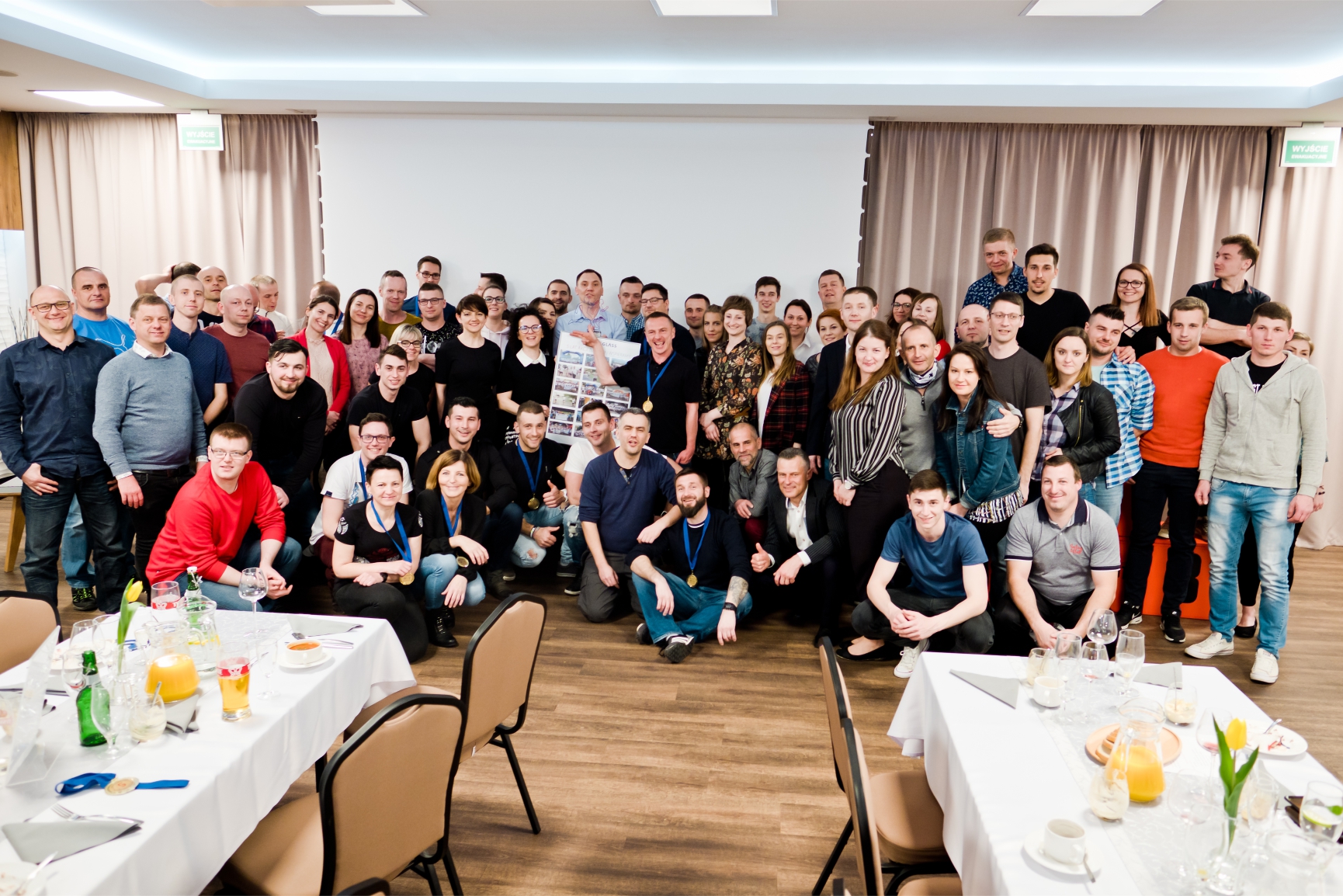