Thanks to segment-based façade the structures are more unique. Global Office Park, a new office and residential building complex in Katowice (Poland), is based on a technically sophisticated concept. We have delivered over 25,000 m2 of glass units for the construction of this building complex. The solar control and low emission glass was used in the structure.

Global Office Park is a multifunctional building complex consisting of two office towers and one residential tower, located on a common podium, as well as a free-standing office building. Two towers have 25 storeys and their height is 100 m. The residential building will include a total of 670 apartments. The total commercial area of the facility is just over 59,000 m2.

Architects from Cavatina Holding have created the design. The main towers are twin blocks, and their rounded corners give them a unique character, which is a reference to the architecture associated with the region. The designers decided on the façade in an undulating arrangement, where the glass panes were diversified with elements resembling shiny scales.

As part of cooperation with Reconal, which prepared the façade, we delivered a total of over 25,000 m2 of glass units. In the construction of two towers, the SunGuard SN 51 HT glass was used – a solar control glass, which is characterised by high selectivity and a low coefficient of total solar energy transmittance. In the construction of the podium, the Planitherm XN II glass was used, i.e., a glass characterised by low emission and energy efficiency.

The structure is distinguished by a technically sophisticated segment-based façade. The building complex has, among others glass mullion-transom façades and a façade made of 3D panels. Preparing the façade of the towers required the installation of modules of a given storey from the inside of the building – embed on specially prepared lower and upper profiles. The structure also includes invisible transitions from the infill façade to the curtain façade achieved thanks to special transition modules and frames. One of the unique features of the towers are also the characteristic slants in the glass façade.

The construction of the Global Office Park building complex began in 2019, and the final completion of works is scheduled for 2023. 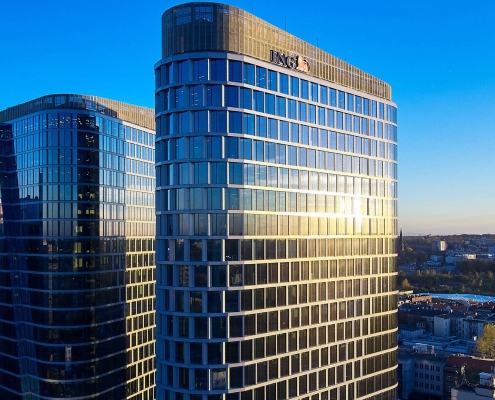 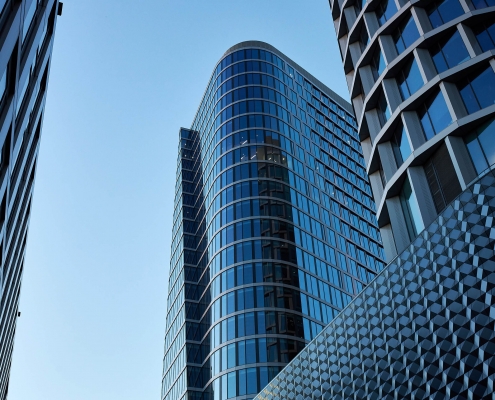 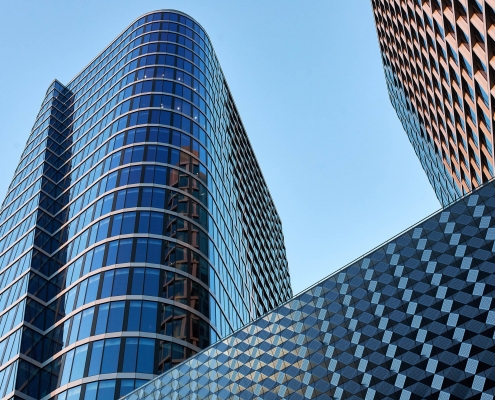 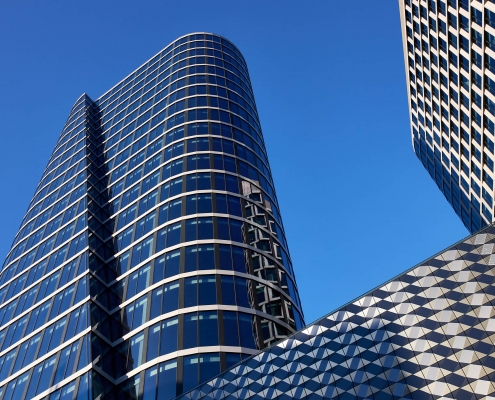 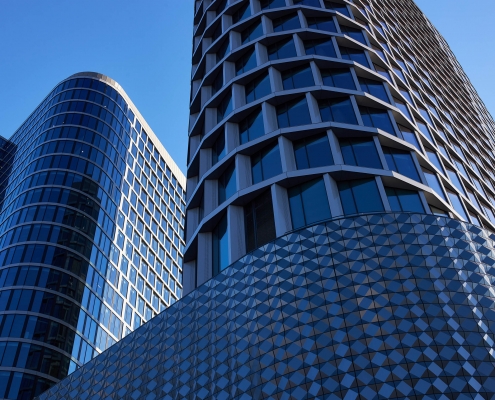 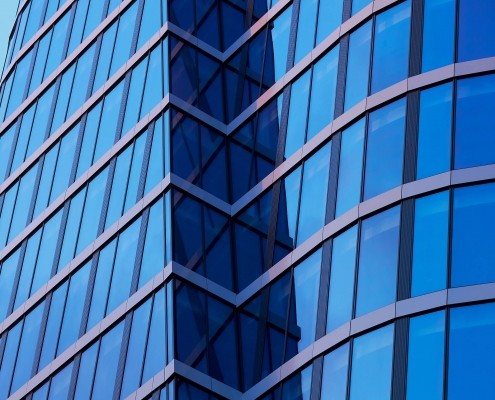 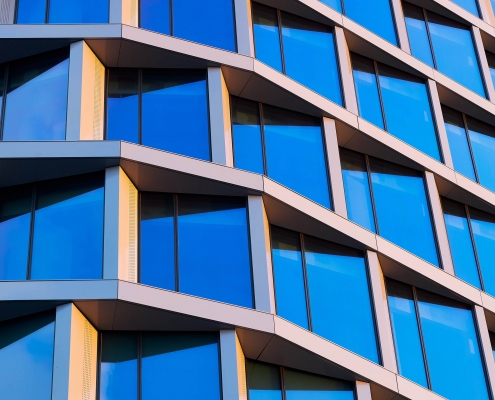 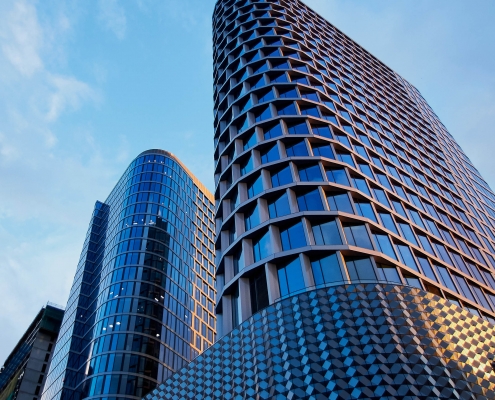 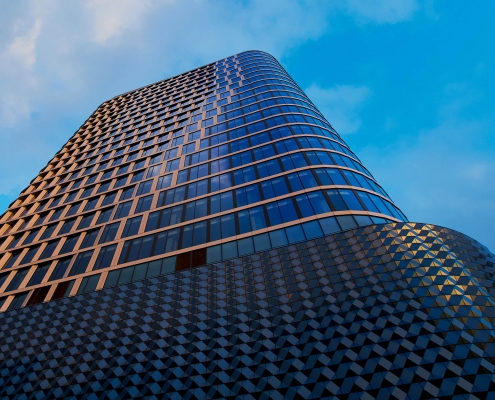 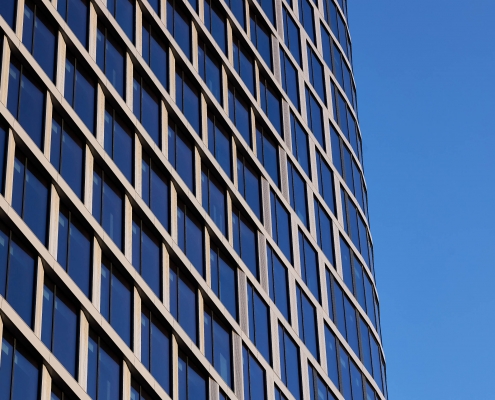 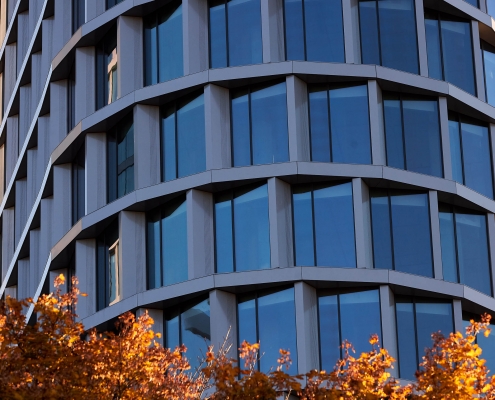 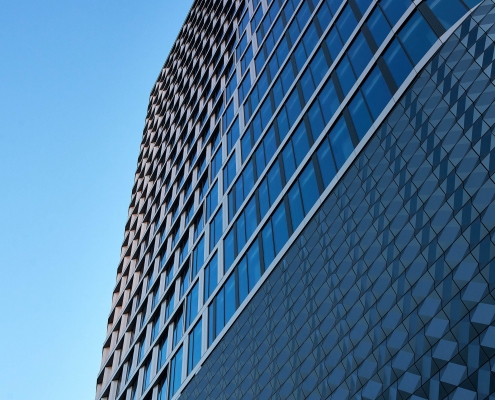 Can we imagine our life without glass ? — International Year of Glass